This part of the trip was a mixture of events.

I started off at Heaven on the Planet.

I arranged a motorbike and checked out the surf breaks on the southern coast but it was tiny. Still, it was a good fun ride.

I left after the first night. Why??? A number of reasons. Firstly, after making a deal with the price of the room and checking three times before I got there, the owners decided to change the deal and charge me more ie April is now high season (there was two of us there). secondly they upgraded to a 'better' room but it rain that night and water poured from the roof all over the room and deck. Luckily, it missed my bag and camera gear. Thirdly, the shower was no stronger than a leaky tap. Fourthly, the surf was flat. So with those reasons I left for Kuta, Lombok. I arranged a car pickup which took most of the day to arrive.

I arrived at Kuta Paradise Bungalows in Kuta, Lombok. On arrival, some guy out the front asked me if I wanted a motorbike. I had said no. I settled into my room and made transport arrangements with Talim. He couldn't finalise the arrangements until we settled with the guy out the front. I was greeted by a  ridiculous barrage of whinging and aggressiveness by the guy which I took no notice of and left it for Talim to sort out. After awhile it was sorted and the guy left. Overall, my the rest of my stay was great. The rooms were clean, comfortable and safe.

Well, it wasn't looking good for the Lombok trip but maybe it was a series of unfortunate events.

Now that I was mobile with a bike, I was able to get around. I had a few surfs and scooted around Kuta and along the coast to the east and the west.

A surfed at Segar a few times. The waves were great with only a few surfers out.

I motorbiked to Awang on another day and caught a boat to Ekas. The swell was bigger but the waves at Outside Ekas were good but sectioning too much. The boat was 300 000R

On a number of days, I biked around the area. The scenery at South Lombok is varied and very pretty - beaches, bays, headlands, massive hills, reefs. The roads were fair to atrocious. While on one trip, I met an old guy whose front yard I parked in (hard to tell track from yard). He wore a conical hat and I was wearing a gath helmet with go pro camera. It would have been a contrasting sight to an observer.

The beach at Kuta was nice and fine for a swim. There were a number of restaurants along the beach. Each one that I ate at had good food. The sellers were in abundance. They asked the 'you buy' routine a number of times, then walk off, return and started again. It was a bit annoying but because it goes on a lot it is best not to react negatively. I was lucky and met Julianna. We had some good chats regarding the luckiness of life and the good that can be found within it no matter what life you have. We made a deal that I would buy from her only on the last day. After the promise, it was easier to dissuade the others.

I met a number of tourists briefly while in Kuta from all parts of the world. They all had a good story to tell.

A motorbike is a must.

Getting to the surf was a journey.

Food was great and cheap.

My first impressions of the locals was that making money from you was an obvious motivation.

My second impression was that the locals took the time to sit and chat.

My third impression of the locals was that they listened thoughtfully.

Selling, which is mainly by kids is relentless at times - if they don't sell, most finish quietly or show annoyance and a rare few are totally rude.

Did I like it???? Hmmm, not sure, there were good points and some not so good points.

In the words of Arny 'I'll be back' as I think I need to give it another go!

20 JUNE 2020 A mountain bike ride on Kincumba Mountain with Jacinta. There were a few problems with Jacinta's bike as it hadn't been... 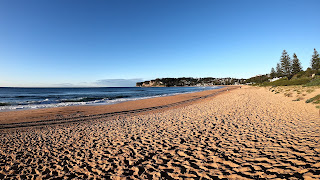